The Symphonina Foundation is a non-profit created in 2020 by
Dr. David Fogel and Gary Gray.

David and Gary are lifelong musicians who want to ensure that symphonic music is appreciated by younger audiences, and that our great composers around the world have the opportunity to create great new symphonic music, now and forever. The foundation is a 501(c)(3) non-profit based in San Diego, California. Dr. Fogel is an award-winning composer with a lifelong love of symphony music. Based in San Diego, California, Dr. Fogel has performed professionally since 1994. In 2018, he created a new genre of music -- the symphonina -- as a means for introducing symphonic music to young audiences internationally. Dr. Fogel has received Telly and Davey awards for his compositions, including the soundtrack to Path of Totality: Eclipse 2017, which played in 40 planetariums around the world. Dr. Fogel is a member of BMI, inc. In addition, he is an award-winning scientist and artificial intelligence pioneer, holding a Ph.D. from UC San Diego and was named in 2009 as one of the top-100 most-influential alumni in the then 50-year history of the university.

Gary Gray is a Voting Member of the Grammy® Recording Academy and an award-winning composer, producer, and engineer. He has produced multiple projects for 20th Century Fox, Disney, Hollywood Records, A&E, EMI, CBS, and many others. Growing up in Cleveland, Ohio, Gary was a prodigy drummer and was raised on symphonic classical music, R&B, Rock & Roll, and Big Band jazz. He started teaching music at the age of 16 and studied music at Northwestern University, Baldwin-Wallace College, the Cleveland Institute of Music, and Cleveland State University. He continues today actively working in the industry as a sought-after musician, arranger, producer and engineer; as well as a mentor for composers, songwriters, musicians, producers, vocalists, and engineers.

Globe-trotting flutist and composer Wouter Kellerman received a 2014 GRAMMY® Award for his album Winds of Samsara. Winds Of Samsara reached #1 on the US Billboard Chart.

Globe-trotting flutist and composer Wouter Kellerman received a 2014 GRAMMY® Award for his album Winds of Samsara. Winds Of Samsara reached #1 on the US Billboard Chart and also peaked at #1 on the Zone Music Reporter Top 100 International Radio Airplay Chart in the month of July 2014, winning both the ZMR ‘Album of the Year’ and ‘Best World Album’ awards.  His following album Love Language debuted at number 1 on the World Music Billboard charts in its first week. In December 2015 it received a GRAMMY® nomination for Best Contemporary Instrumental Album, Kellerman’s second nomination in as many years. In May 2016 Love Language won the SAMA (South African Music Award, equivalent to the American Grammy®) for ‘Best Instrumental and/or Classical Album’. From the album, the song ‘The Long Road’, a solo flute piece which Wouter wrote for Nelson Mandela, won the 2016 Global Peace Song Award in the public voted Acoustic/ Contemporary Music category.  Wouter earned his 7th SAMA award in 2018 for Symphonic Soweto, A Tribute to Nelson Mandela, a collaboration with the Soweto Gospel Choir. He has received many other award nominations and recognitions in addition, including the Hollywood Music in Media Award.

Wouter has travelled extensively, performing around the globe in places like Berlin, Shanghai, Delhi, New York and Sydney, including sold-out concerts at Carnegie Hall in New York City in 2014, 2015 and 2018. U.S. tours included appearances at the prestigious Kennedy Centre in Washington DC, at Summerstage and Joe’s Pub in New York City, and at Caesars Palace in Las Vegas. In 2010 he performed at the FIFA Soccer World Cup Closing Ceremony to a global television audience of 700-million people.

James McElwaine has been a featured performer, writer, arranger, synthesist, orchestrator, conductor, composer, and producer in New York and Los Angeles in a career spanning more than 40 years.

His work in theatre has earned multiple Tony and Obie nominations, and the 1986 Drama Desk Award for Outstanding Orchestrations nomination for the Off Broadway production of Goblin Market (Vineyard Theatre). He has orchestrated scores for Broadway and Off Broadway. In the last 30 years, he has underscored more than 30 dramatic productions in the New York City area.

In 1976, Jim co-founded Musical Elements, a New York chamber orchestra that specialized in commissioning and performing 20th-century scores. Two years later, he toured Europe as vocalist, keyboardist, and arranger for Vanguard Records’ disco-jazz artists, The Players Association. In 1986, he founded the studio composition program in the Conservatory of Music at Purchase College, the first degree program of its kind in public higher education. After mentoring more than 1,000 professional writers at Purchase, he retired as professor emeritus in September 2013. He now teaches composition, production, and digital audio technology at the Aaron Copland School of Music at Queens College and online courses in composition for the School of Professional Studies, City University of New York. He is also currently a member of the CUNY University Faculty Senate executive committee.

Wilhelm von Dungen is a composer for media and concert hall performances. He began his musical career as a professional accordionist and played in various organizations.

Wilhelm von Dungen is a composer for media and concert hall performances. He began his musical career as a professional accordionist and played in various organizations. Wilhelm has music degrees in composition, conducting, and orchestrating, and studied extensively at the University of Krems in Austria. He has conducted the Synchron Orchestra in the world-famous Synchron Stage Studio in Vienna, the only recording facility in the world that merges proprietary software innovations and revolutionary approaches with traditional recording technologies and procedures. On the day pictured above, internationally recognized orchestrator Conrad Pope (orchestrator for John Williams and Wilhelm’s friend) was in studio as Wilhelm recorded an original score (composed, arranged, orchestrated, and conducted) titled Celebration Overture.  Pope reviewed the score and remarked “Perfect!” and made a check mark with his pen on the score.

In 2018, U.S. composer Dr. David Fogel created a new genre of classical music – the Symphonina – after noticing that he was often among the youngest members of the symphony-going public, despite being in his 50s. His goal was to create a format for symphonic music of all styles that will be compelling for young people to both stream online and listen to in a live performance.

Symphoninas, in essence, tie the past to the future, completing a fascinating cycle of musical history. Early classical symphonies evolved from the three-movement Italian overture (or sinfonia) which had a basic fast-slow-fast layout. The last movement was often in 3/8 time. In the 1760s and 1770s, in Mozart’s and Haydn’s time, an extra movement was added in between the second and last movements, which was usually a minuet. The last movement of the symphony no longer had to be in 3/8 time.

The overall length of a typical symphony in the 1760s was usually between 10 and 20 minutes. After the 1760s, as the years went by, symphonies gradually got longer. By the late romantic era, with composers such as Beethoven and Tchaikovsky, symphonies were between 35 and 50 minutes in length. Some, such as those by Mahler and Bruckner, often went for an hour or more.

With an understanding that most music is now streamed online and that younger audiences are accustomed to shorter pop/rock tunes, David set out to create a format – the Symphonina – that revisits the magical time-period of the classical 1760s, while being open to all romantic and modern styles, bringing a full symphonic performance to audiences young and old in about 10 minutes or less.

“Kids, young adults, all of us really, enjoy symphony music, but younger people don’t get to hear much of it outside of the movies. Most people now listen to music on their phone, and I understand the average length of a tune that is streamed online is now about 3 minutes,” David relates. “It seems that our attention spans keep getting shorter in a world full of distractions. Rather than fight that trend and try to entice younger audiences to stream the traditional – albeit wonderful – symphonies that last 45 minutes or more, my goal was to create something new – a full symphonic experience where each movement is between about 2 minutes and 30 seconds to 4 minutes. That way, everyone can appreciate symphonic music within the time it takes to listen to a few pop tunes – and my hope is not only will people enjoy this new format but it will get them more eager to explore the classics, and even create new symphonic music for the world to enjoy.”

David wrote the first symphonina in 2018 and has followed with nine additional symphoninas since.

Dr. Fogel has composed 10 symphoninas to date, and all are available via online streaming services, such as Spotify, YouTube, and AppleMusic. Preparations are being made to have live symphony performances and other musical events. As other composers create symphoninas, we will seek to feature the best of their work. 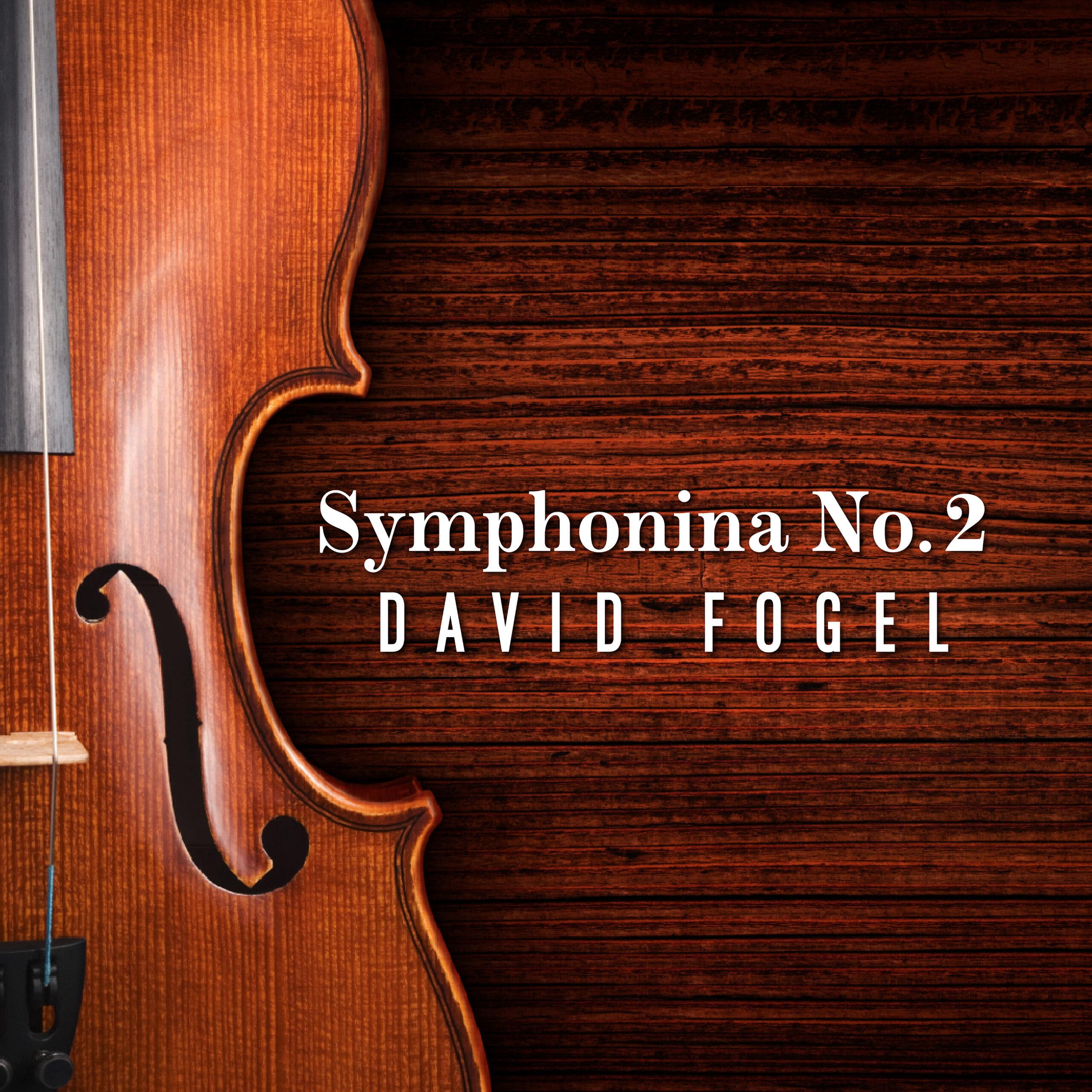 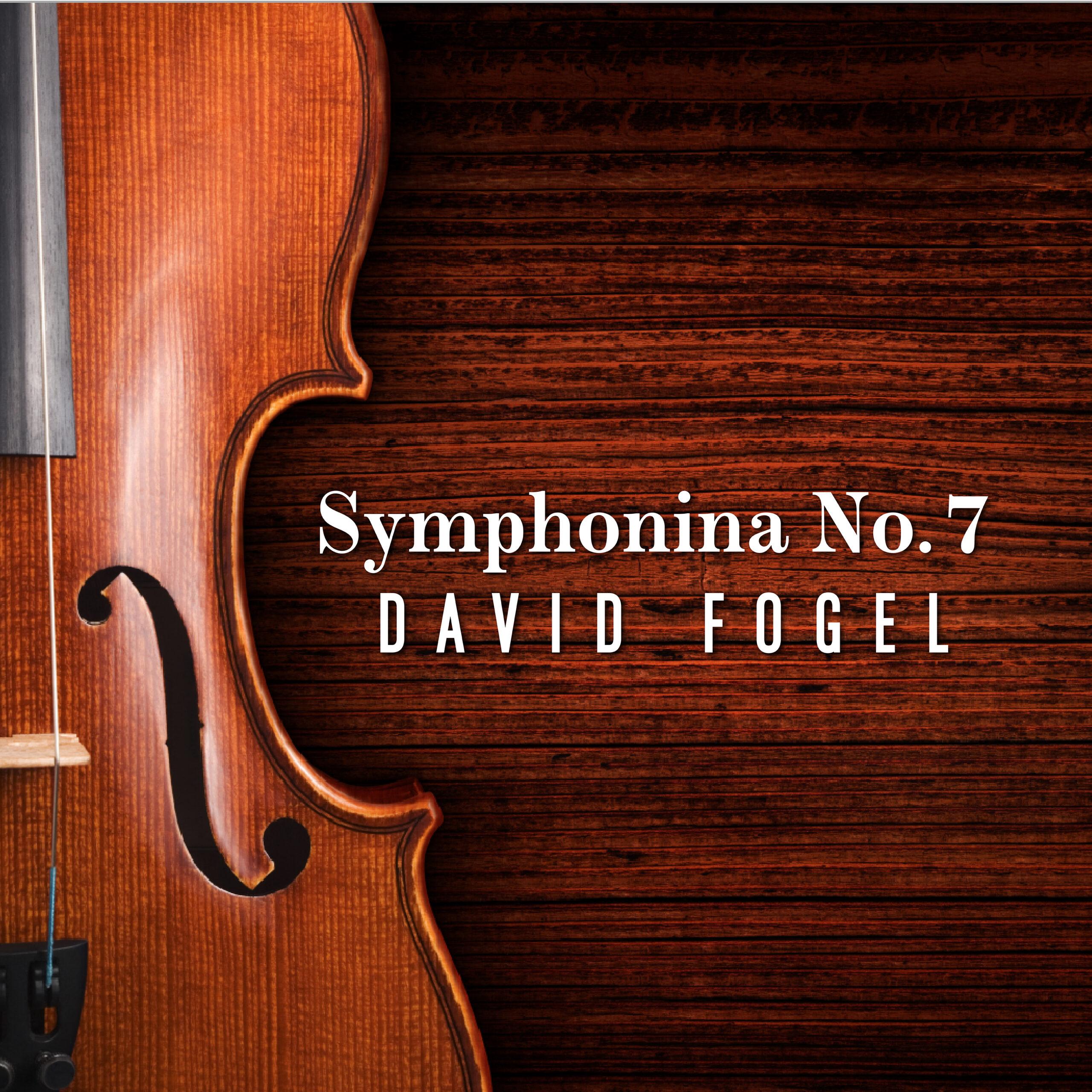 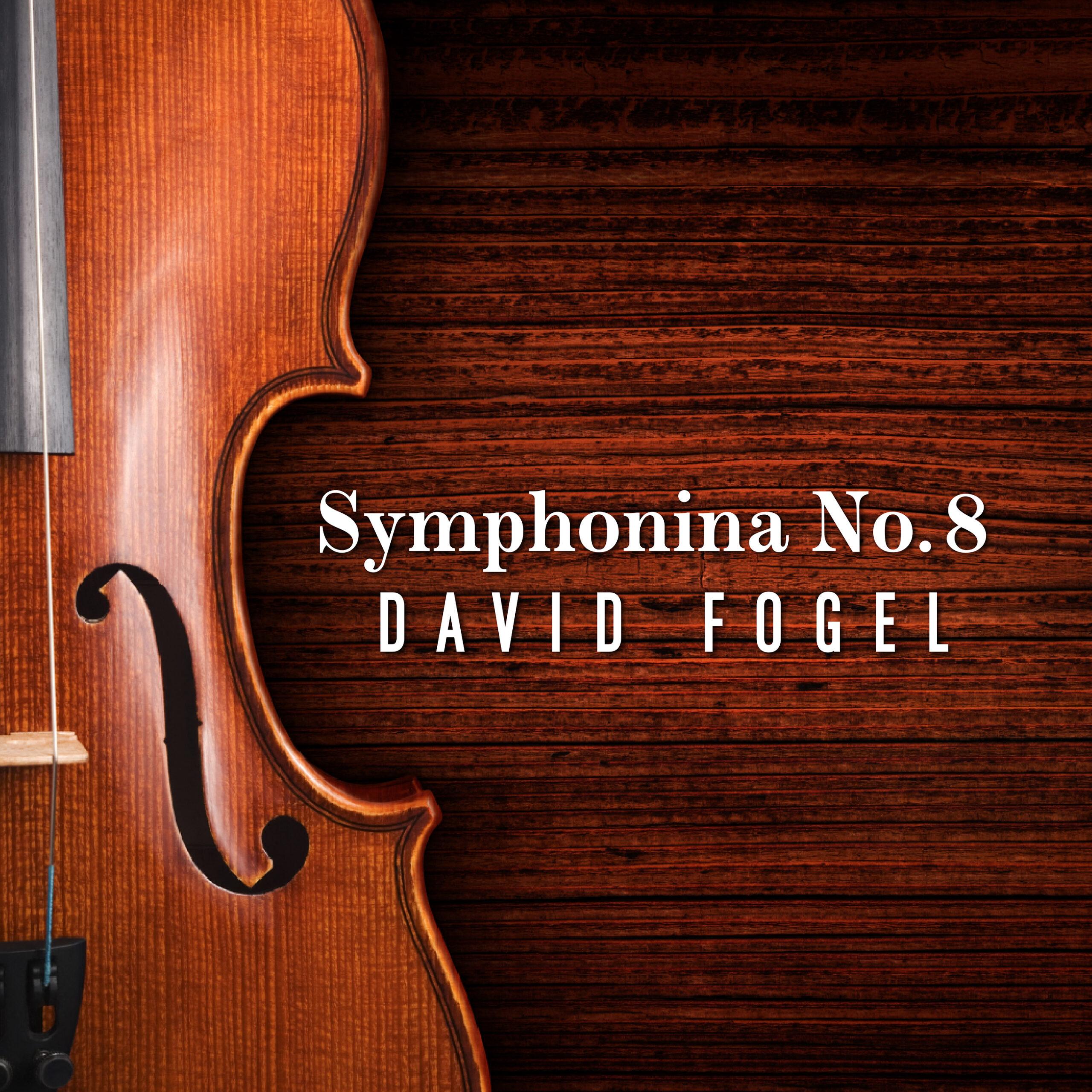 Are You a Composer Who Wants to Create a Symphonina?

The full composition should generally be less than 10 minutes, and never longer than 12 minutes. It should be tonal rather than atonal.

The composition should have three or four movements. Ideally, the format for each movement should be in a different tempo, such as allegro, adagio, allegro.

The composition should feature all elements of a typical orchestra: strings, woodwinds, and brass. It may also include percussion and featured instrumental performances, as found in concertos.

If you would like to have the Symphonina Foundation endorse your composition, please contact us for details on how to send it to us for consideration.

SAN DIEGO (PRWEB) JANUARY 25, 2023 Today The Symphonina Foundation is pleased to officially announce the winner of the first annual Best Symphonina of the Year competition for 2022. First prize winner, Chris Reed (USA), was awarded the $2000 grand prize. Steve Locks (UK) was selected as runner-up and earns the $1000 runner-up…

October 11, 2022 San Diego, California The Symphonina Foundation is pleased to announce the release of a new video posted to its YouTube channel. The video presents a conversation between foundation co-founder and CEO Dr. David Fogel and percussionist Lindsay Sackin. Lindsay performed all of the percussion parts for Fogel’s…

August 29, 2022 San Diego, California The Symphonina Foundation is pleased to announce that it has started a YouTube Channel today. The first video posted to the channel is conversation that foundation co-founder and CEO Dr. David Fogel had with pianist Chetan Tierra following recording Fogel’s “Symphonina No. 2” at…

Do you have a passion for symphonic music? Would you like to
volunteer to help the Symphonina Foundation? Please contact us with an indication of how you'd like to help.